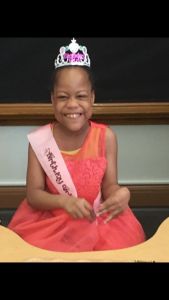 On May 18, 2018, a little girl named Heaven Watkins was found brutally beaten to death in her  home in Norfolk Virginia. Three months earlier, Heaven was hospitalized with third-degree burns that kept her in the hospital for six days and required skin grafts. Child Protective Services in Norfolk was reportedly called but they decided not to intervene to protect Heaven.

Investigations from KARE 11 in Minneapolis and 13News Now in Norfolk revealed that Heaven  was removed from her parents four years before in Minnesota due to concerns about physical punishment, sexual abuse, drug sales and guns in the home. Virginia DSS has refused to tell reporters whether its workers knew of the family’s history in Minnesota. The haunting question is whether Virginia would have done more to protect Heaven had they known of her history in Minnesota.

Heaven was not the only child in the care of a parent who was known to Child Protective Services in another state. A 2012 report by The Oregonian  discussed several other children who died of abuse after investigation that did not unearth their family history in other states. Heaven’s story has triggered renewed calls for an interstate registry of child abuse and neglect. Had a registry existed, Virginia would have known the troubled history of this family and might have opted at least to provide supervision if not to remove the children.

Congress never appropriated funds to establish the registry but it did designate funds for a feasibility study that was also mandated under the act. A Research Report on the feasibility study and a report to Congress based on the results were published in 2012–six years after passage of the Act. The conclusions of the report were somewhat discouraging as to the potential benefits of a national registry. But interestingly, the underlying research reports had a much more positive view of the feasibility and potential benefits of the registry.

In the report to Congress, HHS  emphasized the barriers to developing a functional registry. These include the Adam Walsh Act’s prohibition on including any information other than the perpetrator’s name, the need for stronger due process requirements in some states if the database were to be used for employment checks (which is not the purpose envisioned by the statute), the need to provide funding or other incentives for states to participate, and the need for legislative changes in many or most states. These are serious barriers indeed but could be addressed, albeit with new legislation and funding that would not be trivial to obtain.

Unlike HHS, the authors of the feasibility study addressed the barriers but gave first billing to the conditions that allow for the development of a registry. In the final paragraph of the research report states that “The foundations for a national registry already exist in the child protective services field given that nearly all States maintain the necessary data on child abuse and neglect perpetrators. The technical capacity of the States also supports the feasibility of a national registry.” The authors go on to discuss the barriers, but give first billing to the conditions that support the registry.

In its report to Congress, HHS concluded that even if the barriers to an interstate registry could be resolved, the registry would provided limited information “beyond what is already available from existing single state registries” and therefore “the added safety benefit of a national registry of child maltreatment perpetrators would be quite limited.” HHS concluded that a decision on whether to implement the registry should “consider whether this or alternative child safety investments would be most effective in promoting the well-being of vulnerable children.” The clear implication was that alternative investments would be advisable.

HHS drew its conclusion about the limited safety benefit of a registry from the prevalence study mentioned above. The researchers used the numbers of perpetrators with incidents in more than one state to estimate how many interstate perpetrators would be identified by a registry.  Using information from 22 states with about 54% of the U.S. population, the researchers estimated that 7,852 perpetrators of child maltreatment in 2009 (or 1.5% of all substantiated perpetrators) had any substantiated maltreatment incidents in another state within the preceding five years.

HHS  described 7,852 as a small number, and therefore concluded that there was  “no evidence of a widespread phenomenon of child maltreatment perpetrators who offend in multiple states.” Moreover, HHS added that most of these perpetrators had “a single additional substantiation for child neglect (rather than for physical or sexual abuse) in a single additional state.” Moreover,  just half of one percent of child maltreatment deaths in states participating in the study was attributed to a perpetrator who had a substantiated maltreatment report in another state (4 in total).”

HHS’ interpretations suggest a low valuation of children’s lives and freedom from suffering. Almost 8,000 interstate perpetrators in a year could be considered a large number, even if most of them were substantiated for neglect and not abuse. The downplaying of neglect is a common trope among critics of CPS intervention, but neglect can be equally dangerous and often coexists with abuse that may not be substantiated.  “Just” four deaths in one year is a hard description to stomach while wondering if even one of these deaths could have been prevented with an interstate registry. Moreover, each death implies an unknown but larger number of injuries, and even more children living in pain and fear.

While dismissing the prevalence study’s estimates as “small,” HHS failed to mention the conclusion in a separate report on the prevalence study that the number of positive matches from states’ use of a fully functioning national registry would be much larger than the estimates above would indicate. That’s because the registry would be most commonly used during an investigation before a substantiation decision has been made, and the investigators would be  looking for a substantiation in just one state. Therefore, the researchers concluded that the registry would likely yield “several times the number of matches” that the study found for interstate predators.

HHS also downplayed the benefits found by the Key Informants Survey–the other part of the feasibility study. Of the 36 states participating in the Key Informants Survey, 25 states said participating in a national registry would save time, and 22 states thought it would “provide more timely knowledge that would be useful in assessing child safety.”  The authors of the research report concluded that “There appears to be significant interest in a national registry, primarily because States already have to inquire about possible prior perpetrator status from multiple States.” In the report to Congress, on the other hand, HHS did not report that there was significant interest by states’ in a registry. Instead, the agency reported that survey results indicated that the primary benefit of the registry would be to save time, and then cautioned that this time-saving benefit might not occur.

Similar to the key respondents, the authors of the feasibility study concluded that an interstate registry might be most useful in saving staff time and resources “resulting from the speed and efficiency of making all interstate inquiries, the vast majority of which will not find a match.” The authors added that this could enhance child safety due to faster processing of maltreatment cases. This conclusion was not included in the report to Congress.

Of course an interstate registry could not be produced quickly or on the cheap. Creating and activating it would be a multiyear effort that would have to begin with the amending of the authorizing legislation to include at least sex and date of birth in addition to perpetrator’s name. Many states would need to change their legislation as well in order to eliminate statutory barriers to participation. As the authors of the feasibility study indicated, convincing a “critical mass of states” to participate quickly might require incentives, such as funds to offset costs for initiating a registry. Clearly, an infusion of federal funds for this purpose would be a necessary incentive.  Perhaps Congress could make participation in the registry mandatory in order to receive federal child welfare funds under CAPTA or better still the Social Security Act.

It is concerning that HHS under the last Administration produced such a distorted view of the Congressionally-mandated feasibility study of an interstate child abuse and neglect registry.  It is my hope that this issue can be revived in the current Congress, perhaps as part of the reauthorization of CAPTA. Our children deserve no less.